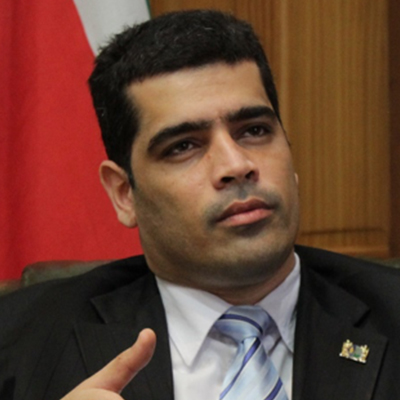 Vice President of the Republic of Suriname

Michael Ashwin Satyandre Adhin is an educator by heart. He is the current Vice President of Suriname and chairman of the Council of Ministers (from August 2015 – date).

His career started at the University of Suriname as Telecommunications lecturer, Head Thesis Supervisor, Electrical Engineering Program Joint-Coordinator and Project Manager of several University projects. He was chair of the Cultural Union Suriname, an umbrella organization focused on Cultural Preservation, Cultural Development and Nation-building, right after which he was appointed Minister of Education, Science and Culture (July 2013 to August 2015).

Mr. Adhin is a scholar of and speaker on Vedanta, Upanishad’s and Esoteric studies.