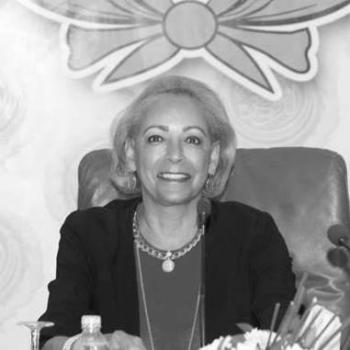 Sheikha Hissah is the second daughter of the late HH 14th Amir of Kuwait Shiekh Saad Abdullah Al-Salem Al-Sabah. Upon her graduation from AUB Lebanon she started her retail company in Fashion to be the first lady in business in Kuwait from then on she went on to get her Masters in hospital administration & worked at the military hospital as head of Medical Services. In 1992 she started her own gallery to promote Arab artists & in 1999 established the Council for Arab Businesswomen to promote Arab women in business. She has succeeded as president for the last 15 years to bring Arab women from 19 countries in a full force of economic power. She has received a doctorate in Humane Letters.