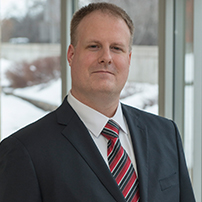 Grant Lecky is the Co-Founder of the Security Partners’ Forum (SPF), the first-of-its-kind agile network of the global security community, with the purpose of building security and resilience capacity globally. Initiated in 2011, the SPF facilitates and enables enhanced communication and collaborative opportunities amongst its networked associations, across state jurisdictions, all levels of government, bridges the public sector and private sector, and crosses the multitude of security and resilience domains and disciplines. The SPF also consists of numerous domestic and international subnetworks including the Canadian Security Partners’ Forum, the Canadian Security Executive Forum, the Canadian Cybersecurity Alliance, the Women in Security & Resilience Alliance, and the International Council of Security & Resilience Educators.

Grant has received numerous awards, honours and accolades related to his achievements in security & resilience including:
• 2018 Director Award – Department of Immigration, Refugees and Citizenship Canada
• 2018 recipient of the Bill Zalud Memorial Award for professional excellent/outstanding service in the security profession
• Appointed to the newly created Advisory Council for the Canadian Who’s Who (Greyhouse Publications);
• Being appointed by IFSEC Global to lead the International Judging panel for ‘Top Influencers in Security & Fire 2018’;
• Named to Carleton University’s list of inspiring Criminology and Criminal Justice graduates (2018);
• Named to the Canadian Who’s Who for 2018 – chosen on merit and includes Canadians who have made significant and notable contributions to society;
• Named the Winner of the “Outstanding Achievement in Global Cybersecurity Award.” Presented at the 2017 International Cyber Security and Intelligence Conference;
• Named to the World Economic Forum’s Expert Network in Risk & Resilience;
• Being named to IFSEC Global’s “Most Influential People in Fire & Security” for both 2017 and 2014;
• Named as one of Carleton University’s Top 75 Graduates for the 75th Anniversary (Top 75 for the 75th) (2017);
• Recipient of the 2017 Cybersecurity Professional of the Year Award;
• Named as a Finalist for the Security Institute’s George van Schalkwyk Award (2014);
• Featured article in the September 2014 edition of Australian Security Magazine.
• Recipient of the Compass Award (CSO Magazine), recognizing outstanding achievement in security and risk management leadership (2013);
• Featured on the cover of Canadian Security Magazine’s March/April 2013 Edition as well as the feature spot in the September 2014 edition of Australian Security Magazine.
• Named to Security Magazine’s respective lists of the “Most Influential People in Security” (2012).

Grant’s educational background includes a Masters of Science (M.Sc.,) Degree in Security and Risk Management from the University of Leicester UK, a Bachelors Degree in Criminology & Criminal Justice from Carleton University, a diploma in Security Management from Algonquin College, and a series of executive level certificates including the Corporate Security Executive Leadership Masterclass from the Burrill Green Corporate Security Business School (UK), the International Security Management Association (ISMA) Strategic Leadership Course from the University of Georgetown, and the ISMA Senior Executive Leadership Program from the Kellogg School of Business.

In addition to his work with the SPF, Grant works on security and resilience initiatives /programs within the Government of Canada.