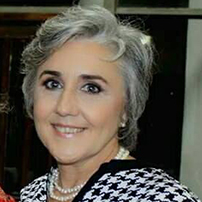 Born in Tomar on the 4th of May 1963, Graça holds a degree in Sociology. She is responsible for implementing the subject of Deviant Behaviour Sociology at the Police School. She has been a Career Councillor since 1988 at the Employment and Professional Tutoting Department and has so far held several leadership posts.
She was city Councillor for Tomar’s Municipality between 2009 and 2013.
She was the General Assembly President of Tomar’s Football Club (União Futebol Comércio e Industria de Tomar) between 2007 and 2015.
She writes a bilingual blog (English and Portuguese) called https://fragmentosdemimedosmeusoutroseus.blogspot.pt/
She has received various online poetry prizes – Poet of the Week and Popular Pen and has been published in two national anthologies.
In 2017 she published her first book: “Fragmentos de mim” (“Fragments of Myself”)
She is a wife, mother and life companion.