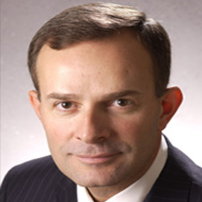 Mr. Tonjes joined Albuquerque Economic Development, Inc. (AED) as President in 1994. AED is a private, non-profit membership organization funded principally by leading members of the business community. AED’s mission is to vigorously recruit business and industry to generate quality opportunities in the Albuquerque metro area. Since 1960, AED has served as Albuquerque’s lead organization for the recruitment of more than 200 new companies to the metropolitan area. AED’s work contributed to the recent recruitment of Fidelity Investments, Schott Solar, Eclipse Aviation, PR Newswire, Gap Inc.’s Corporate Shared Service Center, Paychex, Tempur-Pedic and Tesla Motors to the Albuquerque area. The organization also assists existing industry in the region.
Mr. Tonjes has also worked for the Roswell, New Mexico Chamber of Commerce (1979-81), the Odessa, Texas Chamber of Commerce (1981-84), and was President of the Joplin Area Chamber of Commerce in Joplin, Missouri, for ten years.
PARTICULAR KNOWLEDGE AND SKILLS
Under Mr. Tonjes’ leadership, AED was ranked one of North America’s Top Ten Economic Development Organizations in 2000 and was Honorable Mention for the same award in 2006. He was honored with the ENMU Alumni Association’s Distinguished Service Award for 2001, in addition to receiving special recognition from the Missouri legislature for his economic development leadership in that state. Mr. Tonjes is Past Chairman of the Institute for the Organization Management Program of the United States Chamber of Commerce at Southern Methodist University and is Past Chairman of the Chamber of Commerce Executives of Missouri.