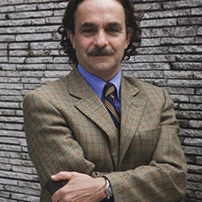 Gabriel Ricardo Quadri de la Torre, worked for the Business Coordinating Council (CCE) as general director of the Center for Private Sector Studies for Sustainable Development from 1998 to 2003. He was head of External Financing at the Bank of Mexico, director of Ecological Planning in the department of the Federal District and General Director of Normativity of the INE itself before reaching his presidency.
Since 2002 he has been technical secretary of the Mexican Commission of Environmental Infrastructure; He was also director of EcoSecurities México from 2006 to 2010 and then associate director of Integral Environmental Management Systems (SIGEA) and director of SIGEA Carbón, which is related to climate change and international carbon markets.
He has recently participated as a collaborator in various media. In 2010, he won the German Walter Reuter Journalism Award for his articles on climate change