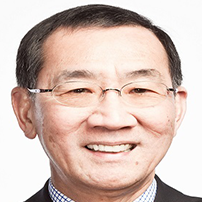 Freddy May was born in Surinam. In 1969 he came to The Netherlands where he worked at several commercial companies. In 1975 he started to work for the Central Government (Ministery of CRM), where he was situated in Rotterdam, especialy to take care of the thousands of Surinamees who came to Holland before the independence of Surinam. In 1985 May also takes care of the foreign workers from Turkey, Morocco and other migrants, who are not going back to their home countries. The mean approach of May was: Participation in education, labor and society.
May studied sociology at the Erasmus University in Rotterdam (1985). In 2006 he was retired but in 2007 he started the Network of Organisations of Elderly Migrants (NOOM) in Utrecht together with the CSO (umbrella organistion) and LOM (migrants participation organisation). The mean approach was: look after the interest of the elder migrants, advocate and give them information that correspond with their experience. May is capable to reach all migrant groups on the basis of respect, confidence and reciprocal. The last 9 years May initiate several cultural sensitive projects, such as ill treatment of elderly people, safe medication, end of one’s life or dementia, how to recognise by migrants. Since 2017 May is adviser of NOOM, but he is still active in some projects of NOOM but more he partipates in several advisory committees such as: programme of Vilans; NUZO, Utrecht; KOZ/AMC, Amsterdam; SVB Amstelveen; NIVEL Utrecht; Palliantie Pharos; SZW/VWS; ENIEC