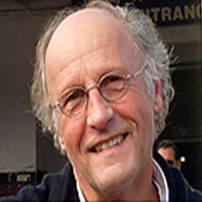 Frank Zweerts Chairman & Founder of Stichting Marni Foundation, which activities/mission started in 2007, officially founded in 2011 and its official FCRA registered Indian NGO Marni Bodhgaya Trust, founded in 2016, I spend about 6-8 months annually in India.
Our Marni school accomodates 300 students ( 50% boys/50% girls including orphans) and 20 Teachers and Staff with the following inter-school facilities: Boardershouse for orphans (14), Medical/Dental Clinic, Computer/Science/Handiwork and 13 classrooms (from Nursery, LKG, UKG, Classes 1 – X (see attached photos)
For background details see our Stichting Marni Foundation website: www.marnifoundation.com
As a youngster Frank never showed any interest in education. Being blessed with an upbringing in a protective and financially secure family, and having a natural talent for sports and easy social contacting, he was surrounded with ample opportunities to “wing it”! His natural flair for business resulted in establishing a successful, international commodity trading company. He compensated for his earlier minimal attention to education, by showing the world that he could survive and succeed in the business world. But he also knew that he was lucky to have all the opportunities he had.

In 2009, semi-retired and financially secure, he became restless. On a chance travel to India, he was introduced to the wanting education environment in rural India. This changed his life forever. Thereafter he made it his mission to ensure that children in such environments got opportunities and a fair shot at education. Most of the children he is now supporting, lacked all the inherent benefits which he had taken for granted as a child and he felt compelled to give back and do his bit.

He now spends his time traveling and talking about the continuing efforts of the volunteers and raising funds for the various programs of Marni Foundation. He also spends a few months every year visiting the new families he has adopted in India.