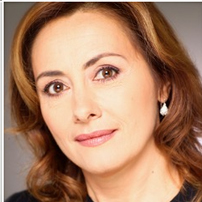 Born in Lisbon. He lives in Valença, Porto and currently in Lisbon, where he has been working since 1995
Qualifications
• Degree in History – Faculty of Letters of the University (Classical) of Porto – 1981
• Licenciatura Journalism – School of Journalism of Porto – 1986
• Degree in Art History – 5th year attendance
Career
• From 1987 to 1994 – journalist at RTP-Porto; Great Interview, Editor and Presenter – RTP JOURNAL OF THE AFTERNOON
• 1995/2002 – Journalist / reporter and presenter of RTP-Lisbon; – Presenter and coordinator of the Tele-regions of RTP1, ofTelejornal-RTP1, of the Thematic Program LUGAR DA HISTÓRIA, in RTP2, and of Jornal 2, also in RTP2.
Diverse reports, national and international. Such as:
• Presidential Elections 94 in Guinea-Bissau; Presentation of the Day of Portugal in Angola in 1997; Great report on Peace in that country, the same year; Presenter and reporter at the ceremonies: José Saramago Nobel Prize, news reports in Lanzarote, and award ceremony in Stockholm;
• 500 years of discoveries in Salvador da Bahia;
• Death and funeral of Amália Rodrigues, and Cardinal António Ribeiro, in Lisbon;
• Funeral ceremonies of John Paul II in Rome; Election of Benedict XVI, and of Pope Francis, in Rome;
• Since October / 2002 – Presentation and Coordination of the Great Debate Program of RTP1 – PROS and CONTRAS, considered by ATV, the best TV program in different years, and several other Awards for the best TV Information Program ..
Activity and Additional information:
• Invited Assistant Professor at the UniversidadeLusófona de Lisboa – since 1996
• Member of the Advisory Board of the Rector of the New University of Lisbon since 2003, at the personal invitation of the Rector of that University;
• Commander of the Order of Merit – awarded by the President of the Republic
• Moderator and speaker at colloquiums and debates, in different schools, universities and other institutions on topics such as journalism, economics, politics, health, social.