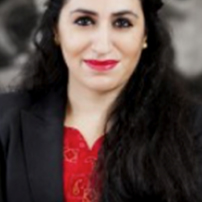 Farhana Qazi is an American scholar and public speaker. She has spent nearly twenty years studying conflicts in the Islamic world and working with local communities to counter violent messaging and recruitment. She is also a Senior Fellow at the Center for Advanced Studies on Terrorism (CAST), where she conducts independent studies on women. She is the author of Secrets of the Kashmir Valley, a human-interest story focused on the female survivors of war. (Pharos, February 2016) Her second book takes an inside look at extremist Islam and offers solutions for greater engagement and education to strengthen Muslim families and communities. (Berrett-Koehler, Winter 2016) As an expert, Farhana has appeared in mainstream media: CNN headline and international news, BBC television and radio, Public Broadcasting Service, National Public Radio, Fox News, C-Span, Bloomberg, ABC News, Canadian national television, Voice of America, Al-Jazeera, The Daily Ledger Show and more. Farhana is the recipient of the 21st Century Leader Award, presented by the National Committee on American Foreign Policy in New York for her service to the U.S. government and she received the Humanitarian Award from Southwestern University, her alma mater in Texas, for her research on women in war.