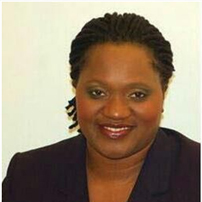 Born in Zimbabwe from a humbled family of eleven, daughter of Chief Nemangwe and a proud mother of five children. Faith played a vital role in the liberation of Zimbabwe known as Chimurenga from the age of 9 in the 70s as (chimbwido) junior fighter. She spent her early adult working as a community development officer and an activist in Zimbabwe. In 2002, she migrated to the United Kingdom as a political refugee. In 2006 Faith founded the African Women’s Empowerment Forum of which she is a Director and the CEO. The African Women’s Empowerment Forum is an umbrella organisation that aims empower African women migrants, refugees and asylum seekers issues, providing support so they have the best opportunities to fulfil their potential. She has participated in the migrants & migration impact programme working across European countries advocating on issues of Poverty and asylum.

Faith has an excellent track record, specialising in women migrant affairs, an activist, help in championing issues, such as women and children held in detention. In 2011, she led a national campaign ‘reunite me with my children”, following a legislation passed by the UK parliament to stop migrants from uniting with their families. She is an active participator in voluntary sector, as philanthropist, volunteer, part of strategic boards, engaged in keynote and motivational speaking, engaged in various civic affairs and had shadowed the lord mayor. She is a strategic planner, driven by effective outcome. She is Change-maker UK , now a campaigning strategist. She received numerous awards for her contributions, including a business award in Zimbabwe in 1990, 2010 she received a Ryan foundation Fellowship award for Refugee & enterprenuel and finally 2016 was awarded business award through Tern Refugee Award

Faith is a socialist and a true visionary that have a clear understand in turning vision into reality and an entrepreneur establishing the garment industry, running her own fashion business Fagee Fashions & Enterprise. She believed she is inspired by her late father Mr Mangisi Marumisa.