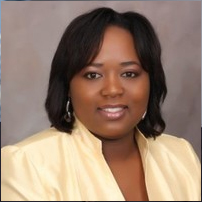 President Network of Women Entrepreneurs of the Caribbean

ETHNIE Miller Simpson initially had her hopes set on being a nurse, but fate set her on another path, one which eventually led to her becoming an entrepreneur with a long and impressive list of accomplishments.
From the little country girl who enjoyed climbing trees and playing with her brothers, Ethnie Miller Simpson has transformed her playful, childlike determination into a business. She was born and raised in Manchester, and was the ultimate tomboy. Her fondest childhood memories took her back to climbing trees, falling into pig pens and tying goats in the early-morning dew. However, as vivacious and fun as she was, Miller Simpson never thought of herself initially as the entrepreneur. In fact, she wanted to become a nurse.
After attending Knox College for her secondary education, all that changed, and she attended Shortwood Teachers College and later the University of the West Indies. For 12 years she taught at the secondary level, and while she enjoyed it, she felt that it was time to move on. The next step for her was Digicel, which set the framework for Zinergy International, her branding company. She peaked at Digicel as head of learning and development, where she was asked by the director of marketing, Harry Smith, to work out solutions for team building.
CAREER JOURNEY:
In that moment, she felt a wealth of emotion – proud because it was a big deal, but also nervous because of her blunt approach – and she was uncertain if it would cost her her job. However, Smith listened to her and took her recommendations and they saw how well her strategies worked. She exceeded her very own expectations. Digicel later started to change its direction, and after five years, she was made redundant. She was later hired by NCB, where she also sharpened her team-building skills. She was instrumental in helping to develop the NCB Corporate Learning Campus.
She left NCB after two years to branch out into her own enterprise, as her work there and at Digicel boosted her confidence, and she thought it was time to make her skill into her own business. She started out with Creative Inergy, which was a branding company, but this was for products. While developing Creative Inergy, she found that she could brand individuals as well; the method, however, would be different, because you could not take the same approach with goods as you did with people, because an individual is not a commodity.
In 2011, she tried to partner with two girlfriends, and while the business plan was great, the friendship did not remain as solid and so fell apart, and so did Creative Inergy.
By 2012, on her birthday (April 12), Miller Simpson gave herself the best gift, a second chance at entrepreneurship with Zinergy International.
MOTIVATION: She enjoys doing branding because she believes that Jamaica is not where it is supposed to be in this field and many truly do not understand how. She enjoys seeing the transformation and helping individuals bringing their dreams to life. Admittedly, Miller Simpson noted that many limit branding to logos and advertisements as well as putting it under the same umbrella as marketing, which it is not, and the Jamaican market is yet to come to terms with that. She added that throwing radio and print campaigns online does not make whatever you are trying to promote a brand.
While she devotes much to her passion, she never forgot her first love – singing. This is something that she does as a hobby and she has 23 years, many tours locally and overseas, under her belt with the Cari-Folk Singers. Being the country girl that she is, Miller Simpson hopes to take Zinergy to the point where she gains investors and she gets to tackle her next interest – agriculture.
If she could give one advice to youth it would be to ‘jump’.