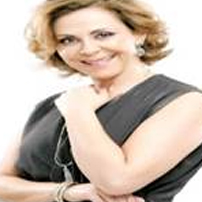 Degree in Physical Medicine and Rehabilitation and Master in Health Organization Administration (La Salle). General Director of Advanced Therapy and Associates, Concessionaire of the Rehabilitation Centers of Angeles Hospitals. Head of Physical Therapy and Rehabilitation at the Angeles Hospital. Lecturer and radio communicator in Grupo Imagen, in Chain 3 Channel 28 Open TV and Press in the Excelsior Newspaper as a columnist in “Vital Line”. In addition to being the holder of the radio program “Chronicles of Health” and the television program “Second Opinion.” She is recognized as “The healthiest voice in Mexico” for her extensive experience in the media such as: radio, television and press, as well as in various forums.