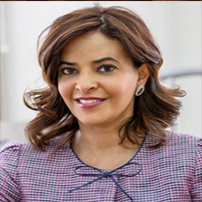 Ghosson Ghassan Ahmad Al Khalid is currently holding the position of a Deputy CEO of ACICO Industries Company, the largest manufacturer of Autoclaved Aerated Concrete in the Middle East. Ghosson is directing a 1.3 billion dollar Asset company with a turnover of 300 million dollars. “She is extremely proud of the accomplishments of the company and the achievements of all its executives and employees,” says Mrs. Al Khaled. In addition to Kuwait, ACICO Industries is currently operating in Saudi, Qatar, and United Arab Emirates.
Under its umbrella, ACICO is employing about 4100 employees from at least 15 different nationalities with different seniorities (GMs, Senior Managers, Managers, Employees, and labors). During her tenure starting 2002, Ghosson’s one and only motto has been: “One Team, One Dream”. Different colors, different religions, and different races meant nothing but a motivation to unity and a drive to Success. “We are all ACICOIANs here, and we are all walking under the same path: Path of Success” she stated. Historically, ACICO’s staff turnover has been kept at a minimum level which shows employees loyalty to the firm due to being well treated and appreciated despite of getting multiple financially better offers.
In 2012 and 2013, Ghosson was selected as one of the most 100 powerful Arabian women as per the analysis of Arabian Business Magazine. In 2014 and 2015, Ghosson was recognized as one of the most 200 powerful Arab women as per Forbes Magazine. In 2015, Ghosson was selected as one of the most influential Arabs under 40 years by Arabian Business magazine also she was selected as one of the most powerful 100 Arab women by Forbes magazine.
Ghosson is known for her kindness and continuous support to all managers and workers. Ghosson is a big fan of employees’ self-development and this resulted in people under her management getting professional certificates such as CPA, CFA, CMA, CIA, and PMPs.
As part of her social responsibility, Ghosson established in 2016 a nonprofit autism treatment center, Autism Partnership Kuwait (APK), which uses the latest and proven methodologies in applied behavior analysis treatment.