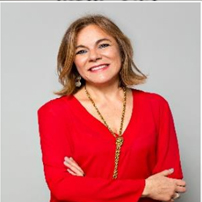 President of the Sub-Commission for Equality and Non-Discrimination at the Portuguese Parliament.

She was Professor at the Portuguese Catholic University, and at the Faculty for the Social Sciences and Humanities of the New University of Lisbon.
She is Researcher at the Centre of Sociological Studies at the New University of L isbon, CICS.NOVA; and at the Centre for Research on Penal Law and Criminal Sciences at the Faculty of Law of the University of Lisbon, on the topic of domestic abuse.
She has written : “Homicídio Conjugal em Portugal – ruturas violentas da conjugalidade”, ed. Casa da Moeda; “Uma Década pela Igualdade e contra a Violência de Género”, edições Esgotadas, 2015. 2010; and co-authored the book “Violência contra as Mulheres”, CIDM, 1997.
In 2007 she received the Arco-Íris Award from ILGA – Portugal for her active fight against homophobia and for the recognition of the LGBTI rights.