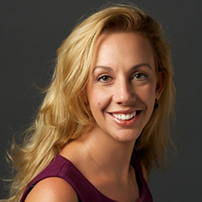 Elizabeth Gore is the Entrepreneur-in-Residence at Dell, where Gore drives initiatives that support Dell’s goals around helping small and medium businesses scale and prosper, fueling the expansion of global entrepreneurship, thereby creating jobs that will drive the world economy. Gore is extending Dell’s global advocacy efforts to raise entrepreneurship to the public policy agenda, encouraging policies and practices that support and enable entrepreneurial growth globally. She is also personally advising the growth of companies such as the women’s accelerator Circular Board; ride share commuting company Scoop; online and mobile fundraising platform Classy; and innovative water company SOMA. Ms. Gore is the Emeritus Chair of the United Nations Foundation’s Global Entrepreneurs Council, which builds global partnerships that positively affect the UN’s most pressing humanitarian issues. Through a Dell partnership, Elizabeth Gore works with the UN and the UN Foundation to support innovation and entrepreneurial thinking. Ms. Gore previously served as the first ever Entrepreneur-in-Residence for the UN Foundation, as well as Vice President of Global Partnerships, and also founded strategic grassroots efforts such as Nothing But Nets, Girl Up, and Shot@Life . Before joining the UN Foundation, Ms. Gore served as the director of development and corporate relations for the Points of Light Foundation. Her consulting experience includes the launch of The Great American Bake Sale, an anti-hunger initiative for Share Our Strength, ABC television and Parade magazine. A former United States Peace Corps volunteer, Ms. Gore served in Bolivia, South America, where she wrote, received and managed a USAID grant to better the food availability and economic situation for the Chaco. Ms. Gore was named by People as one of the top 100 Extraordinary Women, is one of Fast Company’s Most Creative People in Business, and Entrepreneur Magazine’s Women to Watch. She has been featured across multiple media outlets including ABC, CBS, CNN, MSNBC, FOX Business, Fortune, Glamour and Time . She is a World Champion Equestrian, a sprint triathlete, runner, and climbed Mt. Kilimanjaro with Summit to Summit to raise awareness for the global clean water crisis on behalf of the United Nations. Ms. Gore currently serves on the leadership council of the Indiana University’s Lilly Family School of Philanthropy, but is originally from Texas, where she holds a bachelor of science in Animal Science and a master in Education Administration from Texas A&M University. Mrs. Gore resides in Sonoma County, California, with her husband James Gore, a California elected official, and her two hilarious children.