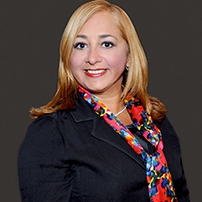 President and CEO at Continental Food and Beverage, Inca Kola

Ms. Berman began her career as a public school teacher in Passaic NJ in 1986. She taught 4th grade bi-lingual education for 12 years before joining her fathers business in 1998. The following year the primary brand of the business was acquired by The Coca Cola Company. After 2 years of negotiations with Coca Cola a long term contract was landed as the exclusive bottler for the brand Inca Kola. The very brand her dad had introduced to the United States in 1980. In 2001 Continental Food and Beverage was incorporated in the State of NJ as an MWBE. At the helm of her own business, with the blessing of her father, Ms. Berman worked tirelessly to grow the distribution and earn the respect of The Coca Cola Company and their bottling system. The strategy of marketing Inca Kola as a universal Hispanic brand and not just as a Peruvian soda proved to be the precipitous for the growth. To move this strategy forward.
Ms. Berman began to involve herself with many local Hispanic chambers of commerce, sitting on boards and helping small business to achieve success. The culmination of this effort led to her seat on the United States Hispanic Chamber of Commerce for 6 years. During her time on the national board Ms. Berman served as chairwoman for region 5 overseeing local chambers from Maine to Virginia. She spearheaded the community outreach efforts of her business and has been recognized by local and national organizations. Through product donations and donating her time Ms. Berman built the reputation of Inca Kola to become a household name in the Hispanic community. The positive word of mouth built her personal reputation as someone the community could count on. Her dedication to giving back helped to build an annual Humanitarian Aid Mission to the Dominican Republic lead by her company. The mission provides prenatal vitamins and children’s nutrition supplements as well as basic medical exams for pregnant woman and children. To date the mission has donated over 50 million supplements and provides exams to over 1000 children during each mission. 2019 will be the 16th year for the mission. Ms. Berman has been a guest speaker at numerous events with keynote addresses that target the importance of woman owned Hispanic businesses and the role they play in todays economy. Most recently she was invited to speak last month at a woman’s empowerment event in Medellin Columbia. Today her business is a full service manufacturer and distributor of a full line of grocery items. This past September she beat out 100 other distributors for the exclusive rights to Compal Juices and Nectars, the largest Juice company in Portugal, as they named Continental Food and Beverage as their United States distribution partners. Ms. Berman has developed her own trademarks under the name Continental and TropiSol where she sells a variety of grocery items such as Jasmine Rice, Coconut Milk, Casabe, Corn meal, Bulgar Wheat and Instant Oats. One glowing accomplishment is that the company has never had a backwards year since its inception in 2001. Ms. Berman was the recipient of the USHCC Ultimate Latina Award presented by BMW in 2009, was awarded the 2011 Entrepreneur of the Year by the Statewide Hispanic Chamber of Commerce of New Jersey. 2009 Business Woman of the Year by the NYSFHCC, 2008 Women of Excellence by the NY Women’s Chamber of Commerce, and ImpreMedia El Diario’s 2007 Latina Award. In 2011, the Boy Scouts of America honored Ms. Berman with the National Service Award for her development and implementation of opportunities for Hispanic youth. In January 2013, Ms Berman received a Senate Recognition from NJ State Senator Robert Menendez and The Save Latin America Organization for her outstanding and valuable service to the community. Continental Food and Beverage was also recognized by Governor Chris Christie for community support and The United Nations Commission on the Status of Women Empowerment for corporate responsibility.