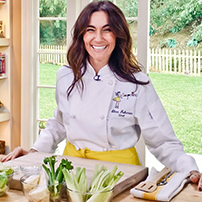 Elina Fuhrman is a best-selling author and wellness warrior, Founder, CEO + Chef of Soupelina, and cancer conqueror. While revered among Hollywood elite and luminaries, Elina’s fresh approach to healthy eating has made her a sought-after talent, inspiring mentor and credible wellness expert. Elina is also an award-winning journalist who covered international news and wars for CNN, and traveled to Afghanistan to report from the front lines following the September 11th terrorist attacks. But it is her personal war against breast cancer that has inspired many and led to the creation of Soupelina https://www.soupelina.com/, the company that delivers healing organic plant-based soups and soup cleanses. On a mission to heal herself and treating cancer as a health opportunity, Elina relied on Ayurveda, Naturopathy and Traditional Chinese Medicine, to guide her in learning about the power of herbs and plants, and creating her own blends of therapeutic soups that targeted different health issues. She became a voracious student of all things health + wellness, integrating ancient healing traditions to transform a cancer diagnosis into vibrant living. Elina’s mission-driven company not only serves her community but also revolutionizes the way America looks at food with its food-as-medicine
philosophy, sustainable and innovative cooking, known for elegant style, texture and layers of flavor. With names like LENTIL ME ENTERTAIN YOU, KALE-IFORNIA DREAMIN’ and I YAM WHO I YAM, Soupelina wants people to have fun while eating healthy. Elina’s invention of the Soup Cleanse and tongue-and-cheek line, Souping Is The New Juicing, have become headlines in publications like The New York Times, Vogue, Gwyneth Paltrow’s GOOP, Harper’s Bazaar, ABC’s Good Morning America and many others. Vogue wrote that “Soupelina has been gaining so much attention that even juice companies” have begun to stock “their own versions of soup cleanses.” ABC News dubbed Soupelina soups “soups with a purpose,” and VegNews reported that Soupelina’s “wellness-inspired” soups have “captured the hearts and taste buds of LA’s discerning diners.” Elina’s debut book, Soupelina’s Soup Cleanse (DaCapo Lifelong, 2016), has resonated with thousands of health seekers and foodies alike. It has been translated into multiple languages published throughout Europe. Elina has become Hollywood’s go-to vegan chef to help her clients find
the perfect balance and restore health. Her celebrity fans include Gwyneth Paltrow, Jessica Alba, Alicia Silverstone, Coco Rocha, LeAnn Rimes among others. Part visionary and part teacher. Elina translates her clients desires to eat + live healthy into a stylized culinary experience with genuine passion,
authentic vision and knowledge of ingredients. A graduate of University of Wisconsin-Madison, Elina lives in Los Angeles with her two daughters, singer/songwriter Madeline and actress, Isabelle. When she isn’t cooking, writing, or spending time with her daughters or traveling the world, you can find her on the beach meditating or thinking
up a new recipe. Her favorite past times include dinners with family + friends, soaking up the California sunshine, and creating (and eating!)
delicious food.