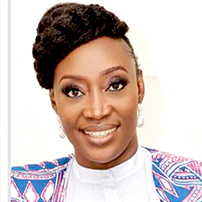 Ebun Feludu is the Chief Creative Director at Plug Media- a content and media production firm in Lagos, Nigeria.
Ms Feludu has worked in the media space for close to 20years. She started her career as a research assistant for the BBC and Barollo Productions. She then went on to work at Farafina Online Magazine where she converted the company from an online magazine into a book publishing company. She discovered Chimamanda Ngozi Adichie and recommended her work to Farafina. Chimamanda became the first signed author and till date, the biggest author, under Farafina Books. Ebun proceeded to work with True Love West Africa (Media24) first as a consultant and then pioneer writer for the widely acclaimed international women’s magazine. Under her maiden name- Ebun Olatoye, she brought many critical and unspoken truths that relate to women to public domain. She established Plug Media in 2007 where she continued her work with women. In 2008, Ebun (then Ebun Olatoye) was one of the two women on the Lagos- London Sahara expedition across 13 countries in Africa, Europe as Deputy Captan to raise awareness on Desertification- an environment disaster that plagues Nigeria and many countries across Africa. She sits on the editorial board of TW Magazine and serves as a Creative Consultant on widely acclaimed television show ‘Seriously Speaking’ hosted by Adesuwa Onyenokwe and a Co Host of TW Conversations.
Ebun Feludu continues to work actively at Plug Media creating content for corporate clients and the United Nations.
Feludu is a serial enterpreneur and has investments in the food, agriculture and fashion industries. In 2015 she founded Igrow Agri Invest- an all woman board investment club in agriculture which aims to invest in the agricultural value chain and source agric produce from female farmers first.
Her three driving passions are women, content and enterprise.
After two decades of telling stories, Ebun Feludu comes to every project with the ears, eyes and heart of a seasoned story teller. She teaches women how to harness the truth in their lives and connect the dots to create an authentic and timeless brand.
In 2018, Ebun established Plug Resourcery. A resource bank for women.
She leads a delegation of over 30 phenomenal women to the Women Economic Forum in April 2019.