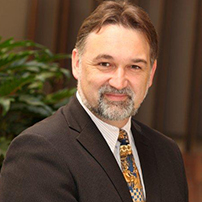 Dr Fitzsimmons is a Senior Lecturer in Leadership with the University of Queensland Business School. He is also a Chartered Accountant with over 30 years of practice. He is the director of the AIBE Centre for Gender Equality in the Workplace and Managing Director of the Australian Gender Equality Council (AGEC), a body whose members comprise of peak national bodies representing women across industry sectors in Australia. His PhD in Leadership examined successful attributes of CEOs and differing pathways to CEO roles for men and women. In June 2015 Dr Fitzsimmons and Professor Callan and working with the Committee for Perth, released ‘Filling the Pool’ a major report into gender inequality in Western Australia and what government, organisations and individuals can do to address the issue. Dr Fitzsimmons has worked with many of Australia’s largest firms on their diversity programs and speaks regularly in Australia and overseas in the area of gender equality and inclusion. He has served as national and state presidents of not for profit bodies as well as a being a director on boards of Listed Public Companies in Australia and overseas.