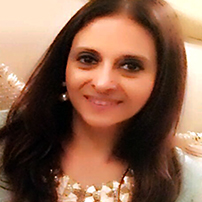 Dr. Tehnaz J. Dastoor has a Doctoral degree specializing in Political Economy from the University of Cincinnati in Ohio.
She began her career with the United Nations Association of the United States (UNA-USA), then moved onto the UN Population Fund and finally worked with UNICEF globally.
She was among others, the UNICEF Global Coordinator for Landmines and Focal Point for Child Soldiers. Her work entailed dealing with children in crises and war-torn areas which took her to Afghanistan, Angola, Bosnia, Chechnya, Ethiopia, Lebanon, Mozambique and Somalia among other countries. She has been and continues to be a champion of child rights and was a senior consultant with the UNICEF office in West Bengal where she helped establish the first-of-it-kind Unicef-CII CSR Hub in India. Her work at the Hub has supported programs related to nutrition, early childhood education, maternal and adolescent health and vocational training.
Dr. Dastoor also taught at John Jay College of Criminal Justice and Baruch College in New York, as an Adjunct Professor.