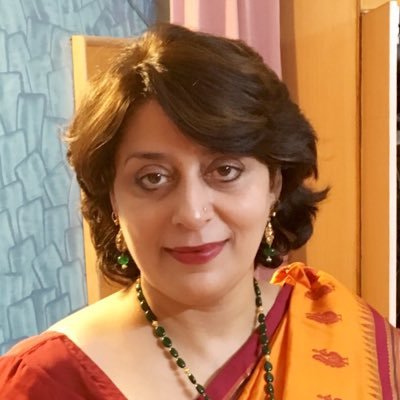 She has got over 26 years of direct hands on experience in public administration as SDM, D.C., Administrator HUDA and heading diverse departments like Irrigation, Agriculture, Renewable Energy, Women & Child Department, Transport, Tourism, Science & Technology and in the Chief Minister’s office.

She is an alumni of the Kennedy School of Government, Harvard University, USA having completed a course on Leadership & Public Policy. She has also attended senior management courses at the Royal Institute of Public Administration, London, IIM Ahmedabad and IIM Bangalore.
She is currently posted as Principal Secretary Tourism, Government of Haryana.
She has successfully organized the 28th, 29th and 30th Surajkund International Crafts Mela in 2014, 2015 and 2016. The 30th Surajkund International Crafts Mela in 2016 was the largest Mela ever with 23 countries participating and over 12 lac visitors.
As Deputy Commissioner, she received the Haryana State Gold Medal for outstanding social work for Red Cross and Child Welfare activities.
During her stint as Director, Renewable Energy, Haryana received three National Awards from the President of India Smt. Pratibha Devi Singh Patil for outstanding work in Renewable Energy in 2007. Under her leadership Haryana was the National Award winner among all States for Energy Conservation for three years in a row, which is a record. She is among the founder members of AdaRSH (Association for Development and Research of Sustainable Habitats) which is an independent platform for promotion of sustainable habitats under the aegis of MNRE and TERI.
During her tenure as Principal Secretary, Tourism she has been awarded for ‘Best Destination Stewardship in the country by World Travel & Tourism Council, India Initiative (WTTCI-HVS) State Ranking Survey 2014-15’. Haryana Tourism has also received the SKOCH Smart Governance Award for its online room booking system in innovative use of Information, Communication and Technology (ICT), Delhi implemented during her tenure.
She has varied interests and has been an avid debater and quizzer all through school and college. Travel, environmental, protection, gender studies and photography are other interests.
Dr. Sumita Misra is also a literary personality. She is the founder Chairperson of the Chandigarh Literary Society. She is also Festival Director for Literati – the Chandigarh Litfest organized for the first time in the month of November, 2013 at the iconic Lake Club, Chandigarh. In 2014 and 2015, Literati were held in November at the Lake Club, Chandigarh and were a huge literary success.
She is herself an acclaimed poet and has published a book of poems in English titled ‘A Life of Light’ which has a Foreword by late Sh. Khushwant Singh, the famous author and columnist. The book has been well received and is now in its second reprint.
Her second book of Hindustani poetry ‘Zara Si Dhoop’ was released in December, 2013 and has been widely appreciated by readers and is already in its third reprint.
She is currently working on her forthcoming books of Hindi and English poetry with two more books now lined up for publication.