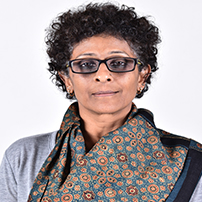 Education is a person’s birthright. It is a process by which a person’s body, mind and character are formed and strengthened and enables a person to develop an all-round personality bringing out the best in him/her. Though higher education has expanded rapidly in the last six decades it is still not easily accessible to all and large sections of the population still remain illiterate and even primary education is denied to children.This not only excludes a large section of the population from contributing to the development of the country fully but it also prevents them from utilising the benefits of whatever development have taken place for the benefit of the people. No doubt India is facing various challenges in higher education but to tackle these challenges and to boost higher education is utmost important. India is a country of huge human resource potential, to utilise this potential properly is the issue which needed to discuss. In many states in India women face social and religious constraints that do not allow them to work even if they are educated. A majority of women attending to domestic duties are, however, willing to work part-time if such work were made available at their household, the survey data shows. Tailoring work seems to be the most preferred option for such women, followed by dairy-related and poultry-related work. One of the reasons India remains poor is because the women contribute to one sixth of the economic output which is among the lowest share in the world and half of the global average. Our economy has more than doubled in size and the number of working age women has grown and yet far from joining the workforce women have been falling away at an alarming rate.