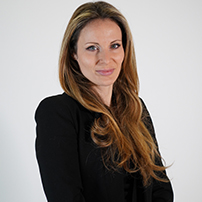 Nana Sumrada Slavnic, LL.M., PhD, is currently General Counsel at Outfit7 Group, an international mobile entertainment company. Her previous jobs include acting as legal counsel at the European Court of Justice in Luxembourg, as Tax Manager for Central and Eastern Europe for EU Direct Tax Group of PricewaterhouseCoopers and as Tax Manager for South-Eastern Europe at IBM. Nana is holder of a Master’s degree from Harvard Law School, USA, and a doctoral degree from Katholieke Universiteit Leuven, Belgium. She has authored and co-authored numerous publications and held various lectures. She is Slovene native, while fluent in English, Spanish and French.