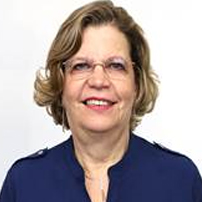 “Representative of UN Women in Brazil from 2013 to February 2019 and Representative of the United Nations Population Fund (UNFPA) in Guatemala from 2005 to 2010, an agency in which he promoted policies and initiatives on migration, reproductive health, new masculinities, attention to sexual violence and empowerment of adolescents.
Director of the Campaign of the Secretary General JOIN to end Violence against Women for Latin America and the Caribbean, the creation of the “Model Protocol for the investigation of the violent murder of women. Femicide / Femicide ”He has conducted multiple consultancies for the World Health Organization, the Pan American Health Organization, the World Bank, the United States International Development Agency, the Latin American Economic System, the Swedish and Danish Cooperation Agencies International and the European Commission.
In Mexico, she worked in the research area of the National Institute of Public Health and was an Advisor to the National Vaccination Council of the Ministry of Health.