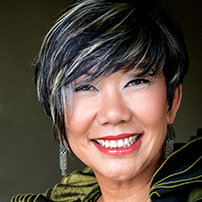 Using her doctorate in Organizational Psychology, Dr. Marissa has been speaking, coaching and facilitating to hundreds of Fortune 500 companies like Johnson & Johnson, Wells Fargo, Cedars-Sinai, AT&T, Mattel, Toyota and Bank of America for the past 27 years. A former graduate school professor– at Boston University Brussels, European Business School, and the Anderson Graduate School of Management UCLA, she has since ‘retired’ from teaching to speak, write, and commentate on a variety of Life Balance Topics including How to have More Joy and Less Stress at Work and at Home, How to Jump Off the Hamster Wheel into Balanced Living and How to be Happy 88 percent of the Time. Her popular syndicated talk radio show “Take My Advice, I’m Not Using It: Get Balanced with Dr. Marissa” on Universal Broadcasting Network out of the Sunset Gower studios in Hollywood California and syndicated on CNBC News Radio KCAA AM 1050 FM 106.3 and now on I Heart Radio has had a plethora of past Oprah guests including Dr. John Gray, Neale Donald Walsch, Fran Drescher, Don Miguel Ruiz to name a few. Her popularity is evidenced by over 500,000 downloads of 200+ shows on ITunes and YouTube with over 180,000 regular listeners in over 100 countries after 4 short years. Originally dubbed “the kinder gentler Dr. Laura” she is now known as the “Asian Oprah”, because of her many past Oprah in addition to winning the 2014 Asian Heritage Award, 2014 Lotus Business Person of the Year Award and the 2012 Asian Entrepreneur of the Year Award. She also holds the 2007 Remarkable Woman of the Year Award and the 2005 Role Model of the Year Award in Business and Media presented by Hillary Clinton in Washington DC. Interviewed internationally, she was featured in a 3-page spread in the Marie Claire China fashion magazine as one of the influential women in their anniversary issue 2014.


Dr. Pei has been featured as a television guest and commentator on Hunting the Lost Symbol, Nostradamus: A Scientific Inquiry (Discovery Channel, Planet Green, Documentary Channel), Totally Out of Control People: Surveillance in the Workplace (ABC/Discovery) Busted on the Job (FOX); UFO’s: Put to the Test and Monster Myths ((The Learning Channel); Making It (KTLA), KUSI News, CW6 San Diego to name a few and produced Get Balanced with Dr. Marissa on SB-TV(Adelphia). Dr. Marissa co-authored a bestselling text published by Jossey Bass “Organization Development & Consulting” with Dr. Fred Massarik, UCLA professor emeritus, as well as “Mommy, What Are Feelings?” an interactive children’s book illustrated by her daughters which has been recognized for helping autistic children express their feelings. A Global Thought Leader, she created The 21 Fast from Complaining with Dr. Marissa cementing her broad social media reach and the practice of Balance Tai Qi Qong: A moving meditation that promotes Inner Peace, now on DVD, to continue her global movement work aimed at changing planetary consciousness towards Peace, Prosperity, Joy, Balance, Creativity and Love.