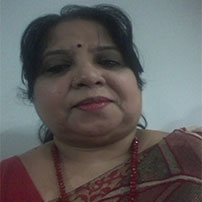 Myself, Maria Fatima Josephine am a parent of a special child (CP), I qualified as a Special Educator having done my courses both in India and Manchester University, UK. Also a psychologist with Masters in Psychology, and MSc in Counselling and Psychotherapy , and a Honorary Doctorate by the United Nations Affiliated Indian Virtual University in Peace and Education for my contribution to the society.
I started work at the Spastic Society of Tamil Nadu (SPASTN) and was responsible for developing and starting their three centres as well as 3 other rural centres under CBR model. I have initiated Early Childhood Identification and Intervention Programs. Was also instrumental in developing the High Risk Mothers and High Risk Babies scales. During this program. personally screened more than 3000 Babies , (Neonates )and found 14 % to have some high risk factors, after intervention 8% caught up on their normal mile stone, if not they would have had some form of disability. During this period trained more than 1000 Anganwadi’s and Village Health Nurses in identifying the disabled. .
I have conducted many awareness programs on disability, in schools, colleges and community for students and parents

In 1995 I started the first school for the developmentally delayed in North Chennai, to reach out to the children in Mother Theresa home, Shisu Bhavan, and many more in that part of the city. I was also chosen by the Govt. as one of the person who contributed to the development of the country in the 50th year of India’s Independence , interviewed by Doordarshan.
Due to my experience and net working with both urban and rural sectors as well as with many local organizations ,I was asked to be the Director of Community Opthalmology at M.N.Eye Hospital. Within the three years I was there I was responsible for conducting more than 5000 Free Cataract surgeries,1 00,000 students thru school vision care program and also setting up an Eye Bank called ‘Vazhum Kangal’ Eye Bank.
Later again due to my experience in this eye hospital , the Lions club asked me to help them in their ‘Sight First Program’, namely free cataract surgery . That year I had organized many eye camps and 13,700 free cataract surgeries were performed, covering many villages and urban areas as well. 245 pairs of eyes were taken as donation through motivation of the families.
When the concerned Lions Club Region Chairman on seeing my expertise in all areas of services to the public ,requested me to take over as Secretary and Director of his Educational Trust, which was

-2-
running two high schools and one self financing college affiliated with Madras University. During this tenure ,was responsible for adding one more degree course ie. BCA (Bachelor of Computer
Application ). I was running these institutions for more than 3 years . My work involved complete administration of the College and Schools. Since the college was in the inception stage ,strategies were put into place for the growth of the institution, such as admissions, regularization of teaching standards and setting various norms for the growth and development of that institution. etc.
Later I left all this work and wanted to go to the next level in the care of the disabled by starting a Residential program for adult’s in 2000 , but lack of funds and cooperation from parents I closed both the school and the residential centre.
From 2004 till 2012 I was in Canada working with people with special needs. The reason for going there was to take my daughter after obtaining immigration for her ,which never happened due to her disability , in spite of fighting legal battle for 5 years. During my stay in Canada I worked with individuals who had different kinds of disability such as Cerebral Palsy, Autism, and a senior with Progressive Supra Nuclear Palsy, ( a rare disorder) .
After obtaining open work permit , I took up a job as Sales in one of the biggest US company dealing with Water Purification System. Within a year I was the top 9th ranked person in sales , the only woman ,in North America. (The system cost was $10,000 ).
While I was there, and facing the issue of PR (permanent resident) and immigration , came to know that the best entry point will be through getting a Canadian degree or diploma. With the view of helping the young people in India, contacted Centennial College and was asked by the International Director Admissions to act as an Educational Consultant . Which I did by organising seminars and contacting colleges in and around Chennai through my husband Raj, a few admissions were made. This gave me a complete knowledge of admissions in Canadian colleges.
One of my added advantage was my entering into the schools and colleges giving presentation on career guidance and other disability prevention seminars.
When I was the Director of the Self Financing College , I had established good rapport and contacts with all the colleges in Chennai and the Universities both in Chennai and Tamilnadu.
Because of my social standing in the society as an Educationist I had good rapport with the colleges. After coming back from Canada I was called by some educational institutions to give key note address for their International and National seminars. Over the years I have conducted many Soft Skills Training, Orientation Programs in many Colleges throughout Tamilnadu.