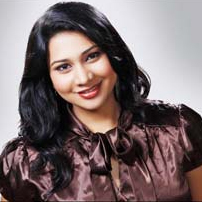 She has enthralled and amazed the Emperor and Empress of Japan, Queen Silvia of Sweden, Prime minister of Australia Mr John Howard , Prime minister of China – Wein ji bao, and many other esteemed ministers and influential people from around the world.
Dr. Kruti Parekh is India’s First Test-Tube Baby by Birth, an I.T Engineer by Education, World’s Youngest Artistic Illusionist & India’s Young Mind Genius . and a Phd in Magical Entertainment and Humanities from USA.
She has Travelled to countries like Canada, U.S.A, U.K., Sweden, Bulgaria, Norway, Belgium, Germany, Italy, France, Egypt, Israel, South Africa, Oman, U.A.E., Burma, Ukraine, Bulgaria, Russia, China, Thailand, Malaysia, Singapore, Japan, Australia and New Zealand.
At the tender age of 11, She received the FIE FOUNDATION NATIONAL AWARD, INDIA 1995 by the hands of Mr. Shivraj Patil(recent Home Minister of India), with the dignitaries like Mr. Ratan Tata for doing charitable work with her tiny little hands.
At the age of 14, she received GLOBAL 500 ROLL OF HONOR, AN INTERNATIONAL AWARD by the United Nations Environment Programme in 1999 in Tokyo Japan.
At the age of 16, she received the YOUNG ACHIEVERS AWARD by American Consulate by the hands of the then Consul General, Mr. David Good in 2001.
At the age of 17, the Queen of Sweden Selected her as a Jury Member for the CHILDREN S NOBEL PRIZE in 2002.
At the age of 19, She was invited as a youth leader for peace and was invited to the World Youth Peace Summit – Asia Pacific in Bangkok, Thailand 2004.
At the age of 20, She received “YUVA OJASWINI AWARD” a National Level Award.
At the age of 21, She passed her Engineering in Information Technology with Distinction.
At the age of 22, her story has appeared in a book about normal kids doing heroic deeds published by Free Spirit Publishers, U.S.A. under the title of Kids Using Talent & Creativity. Her story was chosen amongst 30 Stories around the world.
At the age of 23, She is a lecturer of Degree Engineering at the D.J. Sanghvi College of Engineering & NMIMS University, Mumbai.
Currently, She also runs the Kruti’s Magic Academy where she trains young aspirants to become magicians. She is the only magician who has a course running at the Mumbai University on MAGIC.
She has recently also become the Youngest Special Executive Officer for (Govt. of Maharashtra).
Kruti Parekh has Been recently conferred upon by Doctorate in Magical Entertainment and humanities from USA .