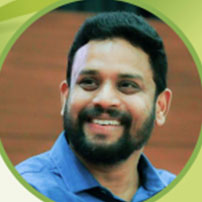 Abdul Dhani’s story began about 10 years ago when he was employed to a hefty paying bank in standard chartered. There, he encountered a garbage disposal problem. Devising a unique method to solve the problem by rehabilitating rag pickers, he started his first “#Waste into Wealth” campaign that brought the bank and him – self an Award called “Green Bank” and “Gem of Tamil Nadu and Prukuruthi Ratna” awards Exnora. He later expanded his initiative across other premises and went on to rehabilitate a 100 ragpickers.