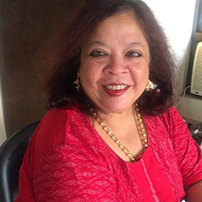 Dr. Julie Mehta is the author of Dance of Life: The Mythology, History, and Politics of Cambodian Culture, a study of how women who survived the Cambodian genocide resurrected Khmer culture. She is also the co-author with her partner, historian Dr. Harish Mehta, of the best-selling biography of the Cambodian Prime Minister — Strongman: The Extraordinary Life of Hun Sen (2013). She holds a collaborative PhD in English Literature and South Asian Studies from the University of Toronto, and specialises in Postcolonial/ World Literatures, Women and Gender Studies and Diasporic fiction. She conceptualised and teaches the first Chancellor and Senator Vivienne Poy endowed Cultural Studies course on Asian Cultures and Literatures in Canada at the University of Toronto. Her translation of Tagore’s Dak Ghar was performed in Toronto in 2010 to critical acclaim, and won her the award for one of sixteen most influential South Asians in Canada.