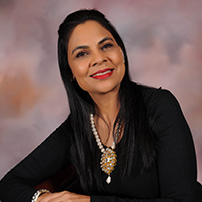 Dr. Jayshree Periwal has that rare distinction of being the woman who revolutionized the education system in Rajasthan. In a span of just 15 years, her journey from 1 student in her garage to 8000 students and 5 schools is just exemplary. She was recently awarded as the most influential educationist in India by Asia One and her school as the most influential educational brand. An iconoclast and a visionary, she exemplifies the age old tradition of ‘thinking big.’ Her story is one of perseverance, passion and hard work. Today, this traditional housewife has come a long way and is the founder, director and principal of five schools in the city of Jaipur. She has pioneered International Education in the state of Rajasthan by opening the first truly international school offering the IB and the IGCSE curricula. It is currently ranked as No. 1 in Rajasthan and No. 7 in India. Another national record and feather in her cap was recently when her student Aman Bansal was awarded Rank 1 in IIT. Also in year 2009 when 44 students from her school made it to the prestigious IIT’s, followed each year by a similar success rate. It will not be an exaggeration to say that the confluence of her avant-garde and archetypal education system has given thousands of students, the confidence and knowledge to excel in their chosen fields.
She was also able to bring an exclusive tie up for her school JPIS with Stanford University wherein professors from Stanford teach courses over the summer in the international school campus. She has also been awarded as the best Women Entrepreneur In India by Tie Tree-Shakti in Mumbai.
She was even invited by the Emory University, Atlanta, USA as a Guest of honour to speak on ‘School Leadership & Innovative Practices’. She has also received awards for her work in the field of education, namely the President’s Award for Enlightened Citizens of the Nation and Dr. S. Radhakrishnan Award for remarkable contribution in the field of Education, Culture and Art. Today, Jayshree stands tall with firm convictions, boundless ideas and a positive attitude. She was the only delegate chosen from Rajasthan to meet with a High Power White House Delegation to foster Indo-US relations by partnering in the field of Education and empowering rural Rajasthan.