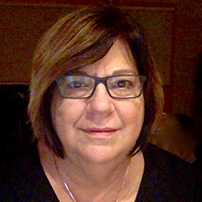 Dr. Janet Robb is an international development expert who has worked in education and community mobilization for more than 30 years. She has worked at all levels of development; from technical specialist to Chief of Party in developing environments and from project manager to Senior Vice President in international organizations. She has grown and managed significant business centers for both for-profit and not-for-profit organizations. She possesses advanced skills in senior level professional development and strategic partnership building with government officials, host country implementers, and beneficiaries.
Janet has lived and worked in Botswana, Pakistan, Lesotho, and Malawi and has worked on various education development efforts in more than 30 countries. Janet’s primary passion is making certain that all children have a chance at a successful future and equitable access to education. One of the highlights of Janet’s professional career has been as the Country Director for the successful Social Mobilization Campaign for Girls’ Education in Malawi. Eighteen years after the conclusion of that project, the impact can still be seen throughout Malawi – in the girls who have finished school and grown up to be change-agents in their own right, in the successful local NGO that emerged as a key player in social mobilization throughout the region, and in the country-level professional positions now held by many of the university students who worked with her on the mobilization campaign.
More recently, Janet helped establish a workplace-based Early Childhood Education Center in Lusaka, Zambia. The ECE Center was designed as an employee benefit that caters to the children of employees. In this way, employees (especially women) know that their children are in a safe learning environment close to their place of work, and children are learning the skills necessary to be successful in school, in a dynamic and fun environment.
Now living back in her home state of Illinois, in the U.S., Janet has been sworn in as a Court Appointed Special Advocate (CASA). A CASA is appointed by judges to watch over and advocate for abused and neglected children, to make sure they don’t get lost in the overburdened legal and social service system or languish in inappropriate group or foster homes. A CASA stays with each case until it is closed and the child is placed in a safe, permanent home. Through the CASA system, Janet has found a way to continue to feed her passion to support children who need that special attention necessary to give them the chance to be all they can be.