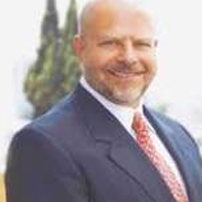 “Dr. Jaime Romano Micha, is a doctor from UNAM, and later studied Neurosciences in the United States. He was the first to do brain mapping in Latin America. Passionate scientist in neurosciences, founder of Neuromarketing SA The doctor in clinical neurophysiology, is the creator of the theory called “Neuropyramid.” This pyramid is made up of 6 levels where it explains the process in which environmental information is perceived through the senses, which in turn passes through attention processes and is converted into emotions and thoughts that end up concreting an action.