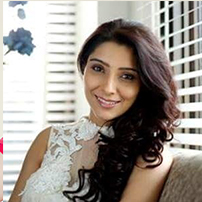 Dr . Jai Madaan has established herself as one of the most renowned astrologers, numerologists, palmists and a vaastu experts in India. She is also a well-known motivational speaker, relationship counsellor and she regularly conducts workshops to enhance the quality of life and relationships. An alumni ofMiranda House- University of Delhi, she has done her Doctorate in ‘Spiritual Counselling’ from California Institute of Metaphysical Research. However, her spiritual journey began in the early years of her childhood when she developed a natural interest in tarot reading and went on to master these skills, along with face reading and hypnotherapy. Over the last 15 years, she has earned her reputation for providing the most comprehensive astrology predictions and remedies for problems related to health, wealth, job, career, marital issues and material success. She is also the relationship expert for Hindustan Times, Vivaah and Timeless Jewels magazines and has done programs on TV Channels, such asSahara Samay, Sahara NCR, Pragya, Zee TV and India TV.
She has been featured by leading magazines like Society, Savvy and Femina and is currently the columnist with L’Officiel, The Man, Society, Vistara, Wedding Vows, Ravishing, The Pioneer and The Asian Age and has recently started hosting the ‘Family Guru’ show for India News and ‘Aaja Goodluck Nikale’ with India TV.
Awards & Accolades
❖ Awarded as “Gem of India Award” by All India Achievers Conference’2016.
❖ Felicitated for “Iconic Motivational & Spiritual Thought Leader” presented by Women Economic Forum 2016.
❖ “Jyotish Vibhushan” for outstanding Services in Astrology By Amar Ujala in the year 2106.
❖ Awarded for “ Contribution in Astrology” by Youth Welfare Council of India in the year 2016
❖ “Nari Shakti Samman” For contribution in Astrology & Lifestyle by Janta TV in the year 2016.
❖ Felicitated for “Exemplary work done in the field of Astrology” by Kala Drishti in the year 2016
❖ “SAVVY HONOURS 2016” for celebrating Success.
❖ “Award for Excellence in Vastu” by Indian Council for UN Relation in the year 2016
❖ “Super Achiever of India” Awarded by the Association of tarot Vedic Astrology and Numerology (TATVAN) in the year 2015
❖ Awarded as an “Contributor” by Zoom Delhi in the year 2015
❖ “Most Prominent Wedding Astrologer” By Ravishing in the year 2014