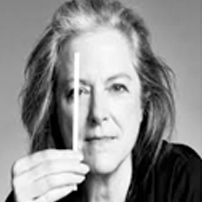 Gayil Nalls is an American interdisciplinary artist and theorist living in New York City and Hudson Valley, New York. Her artistic practice originates in philosophical investigations of personal and collective sensory experiences, memory and identity, and often include the relationship of these experiences to disappearing ecologies. She has been a pioneer in the field of olfactory art (art that emphasises the sense of smell), and an influential contributor to the aesthetics of crowds and human massing. Her multimedia work frequently unites scientific and technological approaches to art-making, exploring the boundaries between the two

Nalls studied at Virginia Commonwealth University, Parsons School of Design, American University and The Corcoran College of Art and Design. In 2007, she earned her Ph.D. in the aesthetics and science of olfaction from SMARTlab at the The University of East London in the United Kingdom She was the Visiting Artist Professor at the Institut Superieur International Du Parfum ISIPCA, Versaille, France in 1998. Nalls currently serves as an Associate Senior Researcher at the Inclusive Design Research Centre, and is an Adjunct Associate Professor at the School of Mechanical & Materials Engineering, University College Dublin.
Nalls’ work has been featured in thirty solo exhibitions, including six at galleries in New York City. Her work has also been included in over 100 group exhibitions. Her paintings, sculptures, photographs, videos, prints and olfactory sculptures can be found in the collections of institutions such as The Metropolitan Museum of Art, the Luther W. Brady Art Gallery at George Washington University, the National Museum of American Art, and the Hunter Museum of American Art, which holds four works from her iconoclastic period, and numerous other public and private collections. She has created several multimedia installation works and large-scale public commissions as well.
While Nalls continues to work across several media, her artistic practice has grown progressively more conceptual over the course of her career. She is best known for her olfactory sculpture, World Sensorium’ an ongoing project that premiered at the Times Square 2000 millennial celebration in New York City.” Following ten years of ethnobotanical research, including a world survey establishing the most culturally relevant natural scent of each nation and territory, Nalls composed World Sensorium from botanical essences blended proportionally according to each nation’s fraction in the overall world population in the year 2000. For the Times Square 2000 millennial celebration, the “world scent”, as it is described by Nalls, dropped over the crowd at midnight on specially-designed, microencapsulated paperworks.
Calling upon her own scientific research into the link between scent, memory, neurology, and crowd theory, World Sensorium seeks to evoke a global memory and evolve a metabolic and empathetic collective in addition to the technological collective created through mass media coverage.