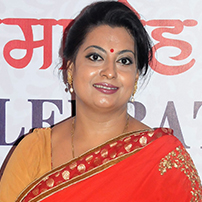 Dr. Dhriti Banerjee began her scientific career as a doctoral fellow, on drug abuse and its effects on human physiology. She was awarded the National Scholarship and several national and international fellowships for her masters and her doctoral programs. Her interest on environment and natural sciences led her to join the ZSI and the Ministry of Environment Forest and Climate Change, and work on the huge faunal wealth and biodiversity of our country. She has extensively travelled the country and worked on the faunal diversity of tiger reserves, wildlife sanctuaries, conservation areas and ecosystems of India. At present she is involved in the Long term Monitoring of Biodiversity in the Himalayas, and studying the probable impact of climate change on the Himalayan fauna. Her special field of interest is the study flies. She is also involved in several research projects on use of commonly found flies as crime scene detectors to estimate time of death and post mortem interval in forensic investigations. She is also involved in studying vectors of deadly diseases affecting human economy and human wellbeing.
Dhriti has conducted several outreach programs for spreading of environmental awareness, conservation of biodiversity and the sustainable use of biodiversity in urban and rural India. One of her major activity was capacity building and conveying the importance of the role played by the common man in saving and protecting our environment through conservation and sustainable use.
Dhriti has worked on fifteen scientific projects and has around 95 scientific publications in peer reviewed international and national journals to her credit. She and her doctoral students are currently working on projects on faunal diversity, vector diversity and forensic entomology as well as a multicore project on digitisation of Indian faunal diversity.