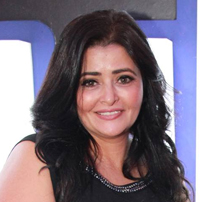 Dina Abdel Fattah is one of the most esteemed local TV and Radio presenters in Egypt with more than 30 years of experience in the media industry. Abdel Fattah is a force to be reckoned with in the media scene; specifically, in the business and economic fields having assumed numerous roles in a number of Egypt’s premier TV, Radio, and print publications. She is the Founder and Editor-in-Chief of Amwal Al Ghad, Egypt’s leading and sole Arabic monthly business and economy dedicated magazine. The magazine was launched in 2010 and has proven great success within the business community with a circulation of more than 15,000 copies per month, excluding distribution on EgyptAir and main media outlets in the GCC region. In addition, Abdel Fattah is the Economic Advisor of Al Watan Newspaper, responsible for its weekly economic supplement. She is also the Strategic CEO of Excellent Communications D&N, an Egyptian PR and marketing solutions agency that has been in the market for the past 14 years. Moreover, Abdel Fattah is the Founder and Chairperson of the Top50 Women Forum, a non-government organization which includes more than 150 high-profile women executives who have been recognized at the Top 50 Most Influential Women annual event in 2015, 2016, and 2017. The annual event is hosted by Amwal Al Ghad Magazine under the auspices of Egyptian Prime Minister. Prior to this, Abdel Fattah was the Economic Editor-in-Chief of Al Masry Al Youm Newspaper, responsible for its weekly economy-dedicated publication. She was also a radio host of “60 Minutes with Dina Abdel Fattah” on Radio Misr, a socio- economic show that tackled the nation’s key economic issues and their implications on the regular citizen. As a TV host, Abdel Fattah held a series of TV shows including: – 2010 – “El Balad Baladna” on Modern TV – 2011 – “Misr Bokra” on Al Mehwar TV – 2012 –“Al Sha’ab Youreed” on Al Tahrir TV – 2014 – “Sayadat Al Mowaten” on Al Mehwar TV – 2015 – Al Nahar’s Live Coverage of Egypt Economic Development Conference through “Kol Al Zawaya” TV Show In addition, Abdel Fattah also co- hosted several episodes of “Al Qahra Al Youm” with Amr Adeeb on OSN, “Masr Al Gedeeda” with Moataz El Demerdash on Al Hayatt TV, and “Sabah Dream” on Dream TV. Prior to launching Amwal Al Ghad, Abdel Fattah began her career in the media scene in Egypt’s 2nd state- owned, Al Akhbar Arabic daily newspaper where she assumed numerous roles until she was appointed as the Deputy Editor-in-Chief and Head of Economy and Business Department at the paper. One of her most notable achievements was launching the 1st State- Owned Economic News Supplement in 2007 under the name “Banks and Financial Institutions”; aiming to cover key economic sectors including pharmaceutical, F&B, Banking, and the Stock Market. Furthermore, Abdel Fattah co-founded the “Business Women Forum” in 1996, which aims at defining the role of women in the business arena. Abdel Fattah graduated from Cairo University in 1986 with a degree in Mass Communication and Journalism and eventually obtained a Master degree in Mass Communication and Journalism from the American University in Cairo. She currently lives in Cairo, Egypt and is a mother of three daughters.