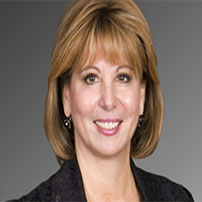 Born and raised in British Columbia, Dianne grew up on Vancouver’s east side, attending Mount Pleasant Elementary, and graduating from Kelowna Secondary.
A second-generation Canadian with Ukrainian and Scottish roots, Dianne’s connection to the BC Liberal Party goes back 21 years, when she managed the successful election campaign of family friend, Bonnie McKinnon in Cloverdale. Over the past 20 years, Dianne has served as a Surrey City Councillor, three-time Mayor of Surrey, and Member of Parliament for South Surrey-White Rock.
She has worked with every level of government and has earned a solid reputation for building winning teams, putting tax-payers first, and taking good ideas off the drawing board and turning them into reality for her community, region and province.