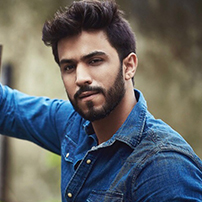 Devir Singh Bhandari is an award-winning international filmmaker. He is the Chairman of DSB Group who also owns a full-fledged production house. At a remarkably young age, he became the Chairman of “ Road Safety ” which is a part of Confederation of Indian Industries Young Indians’ in New Delhi.. Following his passion and love for filmmaking he started his own production house and received the Human Achievers Award for Excellence in Filmmaking by the Honourable Mr Madan Mohan Mittal, Minister of Industry, Punjab. His parents motivated and inspired him from a young age to dream big which led him to draw his creative energy and the inspiration he got from the late Mr. Yash Chopra paved his way in to the right direction. After interning with reputable industry names like Yash Raj Films and ABP News, Devir made a film on cancer awareness called *Celebrating Life* for SAARC nations and the Delhi government, which was released at the Ashoka hotel by the SAARC delegation. He also made a film on *Amity Humanity Foundation *which is set to release this year. Gama in the Land of Lama, which is under production for Cannes, will be his debut film as an actor. He also has a TV series under production featuring bytes of revered personalities from Bollywood.
He was the chair for DELHI YOUTH CONCLAVE which took place at The Leela Palace, Delhi and also moderated Mr Beniwal, Special Commissioner Police. The Pioneer, interviewed him and the details can be seen on the link below.
https://www.dailypioneer.com/vivacity/idea-the-only-mentor.html
Devir who is in the midst of writing a novel has many exciting projects lined up like Hukumnama, a soul stirring documentary on the sikh gurus and their message to humanity. It will be released worldwide in Toronto in 2018.