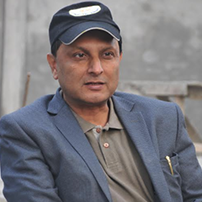 Born in Jorhat, Assam and an alumnus of Ramjas College in Delhi University, G Plus spoke to Devashish Sharma, Joint Resident Commissioner of the Assam Bhawan in Mumbai and Founder Chairman and Trustee, Deepsikha Foundation.
Deepsikha Foundation is an NGO that is well on its way to revolutionize cancer care in the country and in its roots has the idea that if our community participates in cancer eradication, cancer as a disease can be nipped in the bud.
His Journey After graduating in English Literature and completing his post graduation in Mass Communication, Devashish Sharma joined the Assam Civil Services in 1992 where he was first posted at Barpeta. “I was straight out of college and with one month of training, I was thrown into ‘Operation Bajrang’ – the flood relief operations at Barpeta. Back then, officers had to learn on the job with a lot of trial and error,” said Sharma. After this, he was posted as the OSD to the then Governor of Assam, Lt General S K Sinha (retd.). “I was lucky to be working under people like him who could inspire. He used to say that an individual should always try to leave a place, better than he found it,” added Sharma. In 2003, Sharma was posted as the Deputy Resident Commissioner of the Assam Bhawan in Mumbai.