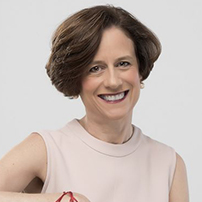 Dr. in Political Science, columnist of the magazine Process, and the newspaper Reforma

Denise Eugenia Dresser Guerra, is the author of numerous publications on Mexican politics and the relationship between the United States and Mexico. Professor of Political Science at the Autonomous Technological Institute of Mexico (ITAM).
She obtained a degree in International Relations at the College of Mexico and a doctorate in Political Science at Princeton University. She is currently Counselor of the Human Rights Commission of Mexico City and a member of the Citizen Governing Council of Chapultepec Forest.
She is a columnist for the magazine magazine and publisher of the newspaper Reforma. She also publishes in Los Angeles, Los Angeles Times and The New York Times newspapers.
Participate in the Political Table with Carmen Aristegui.