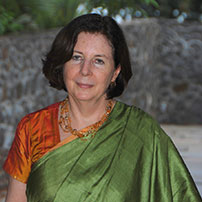 Founder Director: DakshinaChitra Heritage Museum – an NGO effort to preserve, promote and showcase everyday arts, architecture and folk performing arts of South India from the 19th century to the present day. Over 180,000 visitors in 2014-15 although we are 26 kilometers outside Madras city. Opened to the public in December 1996.