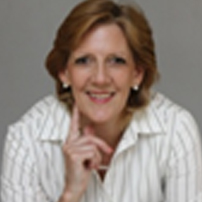 Victim Advocate, The Woman Behind The Smile, Inc.

Debby Montgomery Johnson, Founder of The Woman Behind The Smile, Inc, a 501 (c)3 non-profit, #1 Best Selling Author, International Speaker, former Radio host and businesswoman, is a woman on a mission. In her book, “The Woman Behind the Smile” she shares her personal experience with a love that turned into betrayal and financial disaster and she removes the mask of shame and shows others how do to the same. Many of us have something, something we’re hiding, something we’re ashamed of, something that through no fault of our own or through our own making, something that we keep hidden and that, in turn, keeps us hidden, from each other and the world.
From Vermont and a graduate of Phillips Exeter Academy and the University of North Carolina-Chapel Hill, Debby is the President of Benfotiamine.Net, Inc, a vitamin supplement company that provides an alternative for the pain of neuropathy, a nerve disorder. Benfotiamine makes an extraordinary difference especially for diabetics and their families. Products and educational information can be found at www.BenfoComplete.com.
Her background is diverse, from working as a paralegal and bank branch manager to being a U.S. Air Force officer, serving as an Intelligence Officer at the Pentagon, the Defense Intelligence Agency and in Wiesbaden, Germany.
Debby has appeared on “The Dr. Oz Show, on CBS This Morning, The Mel Robbins Show, The Tamron Hall Show, WPEC CBS Channel 12 and WPTV NBC Channel 5, in addition to being featured in the Palm Beach Post. Debby was the 2017 California Women’s Conference SPEAK OFF winner and hosted “Defining Moments” on VoiceAmerica.com. She received the 2017 WOMAN ON FIRE Author Award.
Debby is just like you – A woman on a mission to live an authentic, joyful life as the Woman WITH the Smile rather than behind it. She is available for speaking engagements.