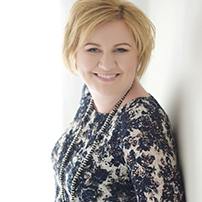 Two-time Auditor of the Year, Deanne Firth FCA is the Founder and Director of Tactical Super, an award-winning chartered accounting firm specialising in audit.

Aside from being an auditor, Deanne is involved in various organisations that promote causes she firmly believes in. She is Vice President of B1G1, Business for Good, a non-profit organisation that provides businesses around the world opportunities to help in projects that are in line with sustainable development goals. Additionally, Deanne actively empowers fellow accountants and helps shape finance and business in Australia and New Zealand by being a Regional Councilor for the Institute of Chartered Accountants Australia New Zealand. She is also a Board Member of 90.1 2NBC FM, a community radio station.

Deanne is one of the authors of the international best-selling book “Better Business, Better Life, Better World, The Movement”. Deanne was one of the extraordinary entrepreneurs and social leaders from around the world who contributed an article in the book by sharing their advice on building a better business, a better life, and a better world.

She is currently writing a book “Effective Giving” to help people to do the most good with the charitable donations they make and busting the top 7 myths around aid and charitable giving. The book discusses how to evaluate charities based on the impact they make and prioritizing causes and the problems they solve.

Being an expert in the field of audit, Deanne imparts her knowledge by speaking at a variety of conferences and webinars on superannuation and taxation, including CCH Learning, CPA, and CA ANZ. She also founded her own professional development firm, Effective PD, which offers accountants weekly pre-recorded webinars on current tax and superannuation issues. She is also a prolific contributor for publications like Accountants Daily and SMSF Adviser.