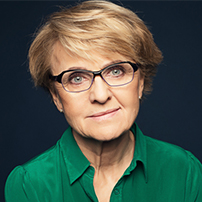 Danuta Hubner, Poland’s first-ever European Commissioner, is one of her country’s foremost economists and policymakers and has played a key role in the enlargement of the EU.
Since July 2009 Ms. Hubner is a Member of the European Parliament. Currently she is the Chair of the Committee on Constitutional Affairs as well as member of the Committee on Economic and Monetary Affairs and the Delegation for relations with the United States. She was also a member of the two successive Special Committees on Tax Rulings and Other Measures Similar in Nature or Effect from February 2015 to July 2016. In addition she is a substitute member of the Parliament’s Committee on International Trade, the Delegation to the EU-Mexico Joint Parliamentary Committee and the Delegation to the Euro-Latin American Parliamentary Assembly.
In 2004 Professor Hubner was entrusted as European Commissioner with the trade, then the regional policy portfolio. Earlier, during the past decade, her roles in Poland’s Government have included Minister for European Affairs, Head of Office of the Committee for European Integration and Secretary of State for Poland’s Ministry of Foreign Affairs, Deputy Minister for Industry and Trade and Minister Head of the Chancellery of the President of the Republic of Poland. In 2000-2001 Professor Hubner was Under-Secretary-General of the UN and Executive Secretary at the United Nations Economic Commission for Europe in Geneva. She studied at the Warsaw School of Economics where she obtained an MSc (1971) and a PhD (1974). In 1988-1990 Professor Hubner was a Fulbright scholar at the University of California, Berkeley. In 1992 she was conferred with the scientific title of Professor of Economics by the President of the Republic of Poland. She has been awarded with five doctorates honoris causa by European universities.