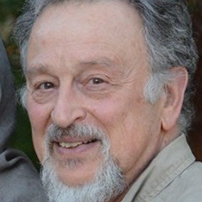 As far as Daniel Kronberg can recall, he began carving wood when he was about ten years old. -During the summers of 1960, ‘61 and ’62, he taught arts and crafts at a summer camp in upstate New York. 1962-1964 he studied Industrial Arts Education at New York University – September 1964
September 1968 he served a formal European style apprenticeship at the Danish Silversmith in Providence, Rhode Island. There he learned model making (miniature Sculpture), mold making, waxing, castin – September of 1968, I went to work for Crest Craft Co. in Cincinnati, Ohio. For seven years he created enough work to fill a fifty page catalog: Military Insignias, Corporate Logos, for awards, plaques, and jewelry.
December 1975 he moved to Albuquerque, New Mexico to work for the Sunbell Jewelry Mfg. Co., creating models for jewelry production. – 1976
He began freelance model making; working from home, for several manufacturing companies around the country. – 1996
He began sculpting his own line of miniature bronze statues. dpkministat.com Summer of 2002 he taught a class in clay sculpture at the Albuquerque Academy. There were twenty-four students ranging in ages from eight to sixty-nine. He continue to make some models on a freelance basis. But he intend to spend more time and energy creating and marketing my own statues, and begin teaching sculpture on a regular basis in my studio. He am beginning with “From Clay to Bronze”. Eventually he hope to add wood carving and perhaps stone carving.