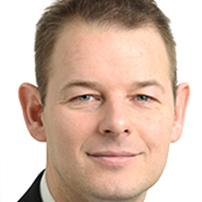 Member of the European Parliament, Brussels

Daniel Dalton is Coordinator for the ECR Group on the Internal Market and Consumer Affairs Committee (IMCO), where he has been involved in a significant number of trade and digital single market-related legislation. As rapporteur on the proposed regulation on type approval and market surveillance of motor vehicles in the aftermath of the Dieselgate scandal, Daniel recently concluded successful inter-institutional negotiations. This overhaul of the regulation should rebuild citizens’ confidence that modern emissions standards are being met. Daniel was also rapporteur on a report into non-tariff barriers in the single market which identified ways to deepen the common market for the benefit of consumers. Currently, Daniel is a shadow rapporteur on various proposals, including the European Electronic Communications Code (EECC), the digital contracts proposal and the free flow of non-personal data proposal. Finally, Daniel is leading efforts to support consumers across Europe that have purchased misleading leaseback schemes.