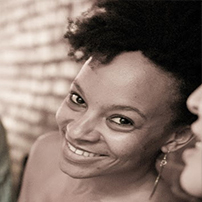 Dana P. Saxon, JD, MSc, is the Executive Director of Ancestors unKnown, an education nonprofit that’s providing schools with genealogy research and history curriculum. After spending nearly 10 years in the education nonprofit sector in the U.S., Dana moved from NYC to the Netherlands in 2011. It’s there that she earned a Master’s in Sociology at the University of Amsterdam, focusing her studies on the significance of family history research among people who descend from survivors of slavery. Since then, she’s traveled between the U.S., the Netherlands and Suriname to introduce new audiences to some of the world’s untold histories and the power of genealogy research. Ancestors unKnown officially launched in 2014 and currently serves primary and secondary schools in the U.S. and the Netherlands. Dana currently resides in The Hague and blogs about her life as a U.S. expat at https://blackgirlgone.com.