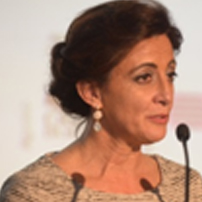 She graduated in Business Administration from Instituto Superior de Economia (ISE) in 1989.
She returned to Madeira, dedicating herself to various activities, and since 1989 she has held the position of Tax Consultant in several tax aspects, with emphasis on corporate tax planning and optimization, elaboration of fiscal expertise and audits, tax audits, optimization of salary policies and support in corporate reorganizations, acquisitions and mergers.
From 2001 to the present, she has been the Technical Director of ETPRAM – Empresa de Trabalho Portuário, Lda., Funchal – Portugal, Carga e Descarga de Navios
Since 2001, she has been partner and CEO of Gest Lider II – Contabilidade, Informática e Gestão Lda., an accounting and consulting firm, specialized in preparing applications for economic studies.
In 2006, she graduated in Law from Universidade Moderna, Lisboa, becoming a lawyer, accumulating one more profession.
In 2015, she Postgraduated in Financial Analysis IDEFE – Instituto para o Desenvolvimento e Estudos Económicos, Financeiros e Empresariais.
She has been President of the Funchal Commercial and Industrial Association – Chamber of Commerce and Insdustry of Madeira (ACIF-CCIM) since 2013, and therefore has as a seat in several regional and national organizations, such as the participation in the General Council of the Portuguese Business Confederation (CIP).