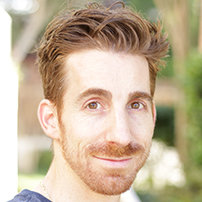 Craig Scime is a producer and TV host. Craig has appeared in over 100 TV commercials, hosted TV, radio, and live events for over 15 years. Most recently Craig has helped many coaches, influencers, and trainers grow their brands by leveraging the power of the web and social media through video.
Craig Scime began his entertainment career at the age of seven after landing his first commercial for “McDonald’s”.
Originally from Buffalo, New York, Craig was featured in over 50 TV, radio and print ads before graduating from high school. Craig’s passion for the entertainment industry, matched with his entrepreneurial skills, led him to begin his first production company, Absolute Sound, at the age of 15. An immediate success, Absolute Sound went on to produce nationally recognized events ranging from corporate galas to television and radio commercials for clients that include: Miss America, Pepsi, Make A Wish, Air Canada, Blue Cross Blue Shield and Six Flags.
Still in college, Craig signed his first major deal with Fox Television to be the daily morning show host for a new show, “U’s Place,” part of the the FOXKidsNetwork; he would be later named an Executive Producer (while continuing to host the show) of the show, which ran for over 5 years. When that show ended, he continued host and produce content for FOX and other networks, HGTV, Travel Channel and Discovery, for many more years.
He was awarded “Best Kids Host,” by FOX and named one of the Top 3 unsigned TV Hosts in North America by Life Network.
10 years ago Craig transitioned to Los Angeles, where he started a new boutique company that helps brands and life coaches get seen on social media and TV. In front of the camera, Craig booked few commercials, including some for Miracle-Gro, Sling, Vizio, Butterfinger, Trix, Coffee Mate and Hoover; and hosted on various networks such as FOX, E!, HBO, CBS, Disney, and others.